skip to main | skip to sidebar

We went to our first cli 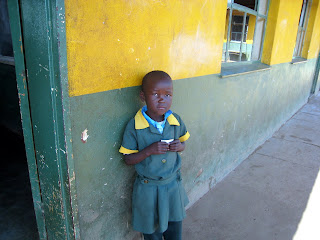 nic in Swaziland with the Luke Commission at Madubeni. This is a local village with a primary school where we were set up. It's amazing that the trucks and trailers are able to survive the trip on the long bumpy dirt roads. We pulled in to the school and there were well over a hundred beautiful children looking out at us. There were also lots of adults waiting for us when we arrived. The Swazi workers with the team started setting up the clinic while the kids started lining up for a check-up. We went through the lines and lines of kids, checking them for scabies, ringworm, and hair fungus. We then proceeded to have the kids come get some clothing. Wendy, Caleb, and Hannah took kids one by 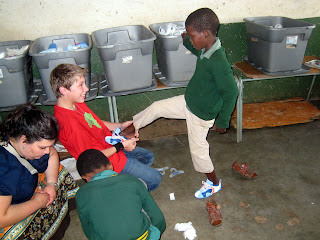 one to fit them in the clothing items. Several of them were shoeless, so we were blessed to give them shoes. There were also several kids who weren't students at the school who we gave clothes out to. One of the little toddlers only had on a shirt – no shoes, no pants – and we were able to give him both. We spent about 3 hours as the kids came in one by one giving out clothing to hundreds of kids. As the kids left with their new item of clothing and a bible comic book that Rachel handed out to each one, many of them were smiling and so thankful for just one item of clothing. After this we started the adult medical clinic. The people were divided into two groups, those with eye problems and those without, who could go straight into the medical line. The eye patients got their eyes screened on a basic eye chart and then, if abnormal, had them checked with an auto-refractor, which can tell any eye problems. A computer program was able to print out a "prescription" which was them plugged into another program to get a 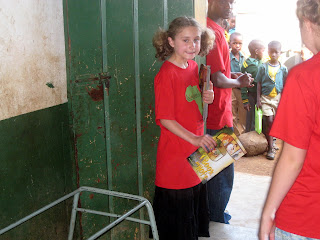 number for a set of eyeglasses which were given to the patient. On the medical side, people lined up for some basic tests – blood pressure, pulse, and blood sugar. They were also offered an HIV test, many of which accepted. Patients then came into another room where they were told about Jesus and offered a chance to pray for salvation. They then went to see the doctor – either Dr. Vanderwal or Andy – with the help of a translator. Their medical record consisted of a 3x5 card with symptoms on the front along with test results, and medicines to be prescribed on the back. If they were HIV positive, they were given a referral to a regional HIV and had some more testing done. After being seen, they were sent to 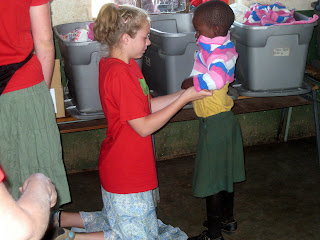 the pharmacy room, where 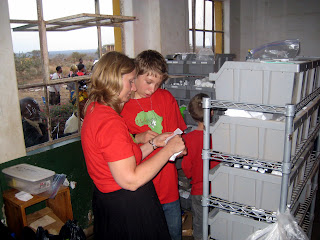 Wendy and the kids helped a Swazi named Themba give out medicines from prepackaged containers. Everyone then had the chance to watch The Passion of the Christ with another Swazi translating. After everything was done, we packed up for the drive back home. All told, we left at about midnight and got back at 2 AM after seeing 614 patients. It was an exhausting day, but a real blessing to know we had blessed the people with the love of Christ. 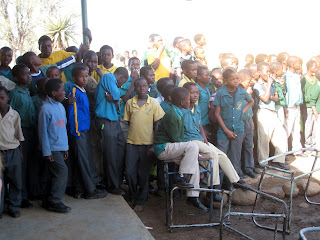 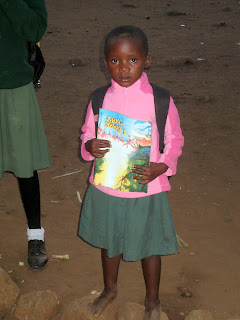 Posted by Andy and Wendy Ingram at 7:39 PM

Andy and Wendy Ingram
Colorado Springs, CO, United States
We're a family of five (and our dog Lucky) on a journey to serve God in Colorado, and soon in Swaziland with The Luke Commission